In our last issue, we spoke to the China-Britain Business Council (CBBC) about the opportunities the Chinese market offers British manufacturers. Here, Tim Brown, Marketing Manager at The manufacturer takes a closer look at the important and influential automotive industry.

The Chinese automotive industry has taken off like an electric car with a fully-depressed pedal. However, Chinese-made cars are still viewed with a certain inferiority stigma by many Western consumers. But in the immortal words of Bob Dylan, “Times are changing.”

It wasn’t long ago that goods made in China were generally considered cheap and inferior, regardless of the product. In fact, many western manufacturers regretted the day they decided to move their supply chain to mainland China, often plagued by long lead times and poor quality. The saying “buy cheap, buy twice” comes to mind.

Over the past three decades, however, China’s economic growth has brought about a significant improvement in the country’s collective manufacturing quality.

In the automotive sector, this improvement in industrial capabilities has been particularly accelerated by numerous joint ventures between Chinese organizations, often state-owned, and US, Japanese, South Korean and German brands. Companies such as VW, Honda, GM, Buick, Toyota, Nissan, Hyundai, Kia, Daimler-Benz and Ford manufacture in China in cooperation with a local partner.

With the growth of local manufacturing capacity and know-how, native Chinese brands are now emerging, some of which have already entered the global export market. However, it is the next generation of electric car makers in China that will have the biggest impact on the global auto market.

This growth in the local Chinese automobile market has been fueled by a huge increase in the median income of the Chinese population. The resulting improvement in personal wealth has led to an increase in car ownership.

Volkswagen AG was the first automobile company to benefit from the forecast Chinese economic growth. In 1984, VW founded the first joint venture in the Chinese automotive industry alongside SAIC Motor. In the early 1990s, many international car manufacturers followed suit and established manufacturing capabilities through joint ventures with local Chinese companies.

Restrictions on Foreign Investments Now in Back View

In 1994, in response to the sudden influx of international investment, the Chinese government imposed a 50 percent foreign ownership limit on companies, including all international automakers investing in China.

This protectionist policy lasted until 2020, when on January 1, 2020, the new Foreign Investment Law of the People’s Republic of China (“FIL”) and its “Regulations” came into effect. This lifting of investment restrictions by Beijing initially only applied to certain industries, including some elements of the financial sector.

Then, on January 1, 2022, China announced that it had lifted ownership restrictions on automotive companies, allowing foreign investors to set up wholly foreign-owned companies (WFOEs) in the industry. Restrictions on a foreign investor establishing more than two joint ventures in China to manufacture the same vehicle product have also been lifted.

In addition to the FIL, there are still a few industries that remain protected. These are listed in the so-called “negative list”. Conversely, there are also a number of particularly encouraged industries that can be found in the “Catalogue of Encouraged Industries for Foreign Investment”. Both lists came into force on July 30, 2019.

The automotive industry falls into the latter “encouraged” group, where foreign investors can receive benefits including:

With these improvements in investment rules, Beijing hopes to boost exports of Chinese-made foreign-brand vehicles, and manufacturers like Ford Motors, GM, BMW, Honda and even Tesla have all expanded to have branches in China.

The Chinese government’s previous strategy of exercising some control over foreign-owned manufacturers is giving way to a new approach to allowing foreign firms to own factories in China, which serve as a manufacturing base for supplies locally and to the rest of the world.

While the overall growth of the automotive market in China is quite astounding, the biggest changes will happen in the electric vehicle (EV) space as local Chinese companies stake their claim in the domestic automotive market.

VW, for example, sold over 3.1 million vehicles in China in 2019, then 2.6 million in 2020 and only about 2.16 million in 2021. While some of that decline is certainly due to the impact of COVID-19, the Shortage of microchips, and disruption to the global automotive supply chain, it is also clear that local Chinese manufacturers are beginning to emerge as real competitors, particularly in the electric car space.

Of the top-selling electric vehicles in China last year, aside from Tesla (which has a Chinese manufacturing facility), the vast majority of sales came from Chinese brands. In November 2020, the Tesla Model 3 was ousted from its top spot as China’s most popular electric vehicle by the tiny Wuling Hong Guang Mini EV, which sold 33,094 vehicles that month alone. 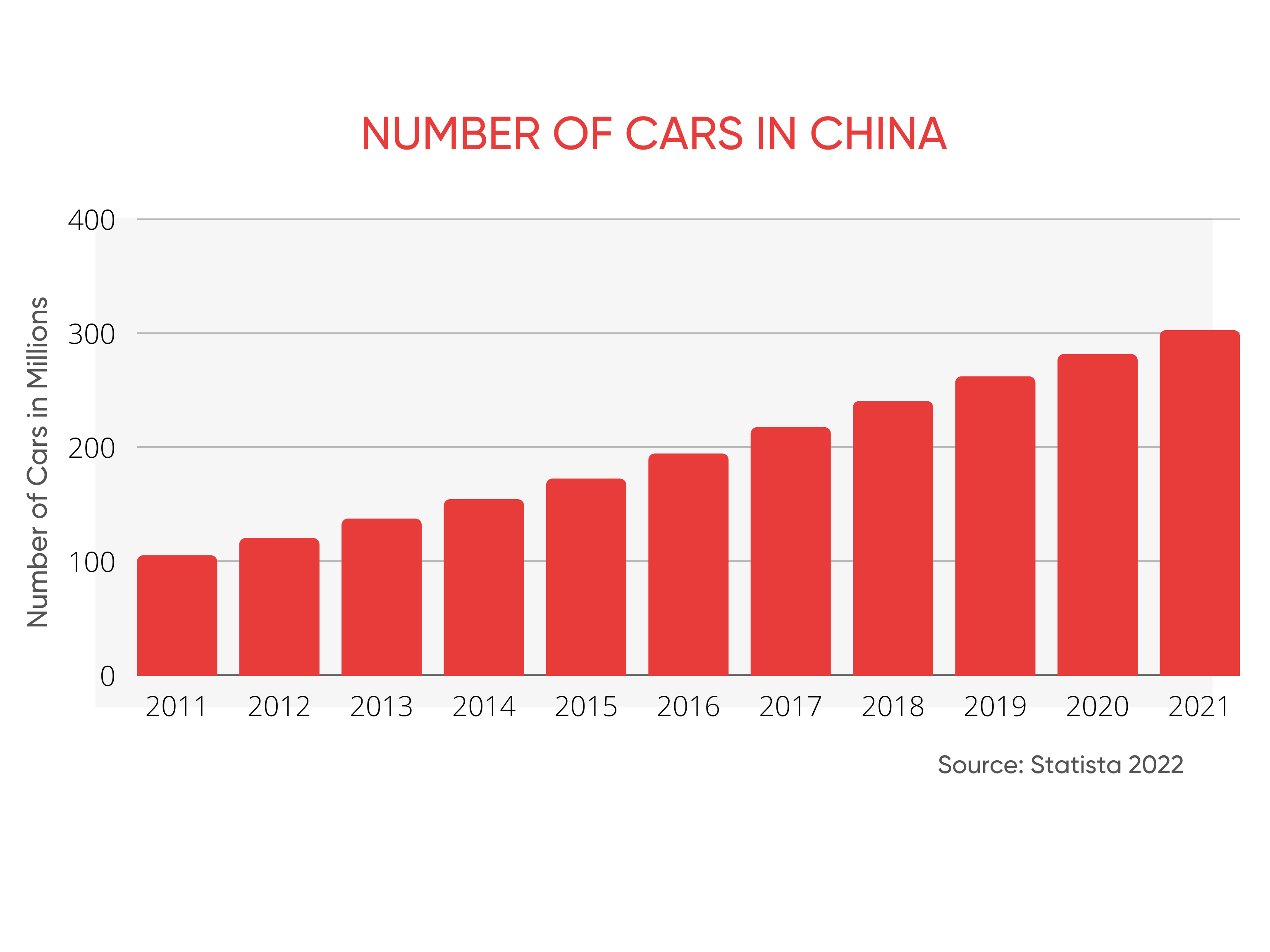 In 2021, the top-selling electric vehicles were all made in China, including two Tesla models that are now made locally at the Shanghai plant. See below the list of top 10 best-selling “new energy” passenger cars in China for 2021, according to the China Passenger Car Association.

And it’s not just established players with foreign partners (e.g. BYD-Toyota or Chery-Jaguar Land Rover) that are on the rise. Smaller Chinese electric car makers like NIO, Li Auto and Xpeng have all seen a surge in deliveries over the past two years. NIO delivered 12,961 vehicles in June 2022, a strong 60.3% increase over the previous year.

From local suppliers to global exporters

There’s no shortage of companies in China vying for a piece of the electric car market. According to HT Auto, China accounted for almost 60% of global electric vehicle exports in 2021, a trend that has continued in 2022.

Due to heavy foreign and local investment in China’s auto sector, there are currently more than 500 companies licensed only to manufacture electric vehicles, and according to some reports, 200 Chinese automakers have already produced electric vehicles.

It is widely recognized that there will be significant consolidation in the Chinese automotive sector, particularly in the EV market, in the coming years. However, at the current scale, Chinese-made electric vehicles could soon take a serious share of the overall global auto market.

As local demand grows and restrictions on foreign investment ease, Chinese automakers are expected to continue to thrive. And given the growth in Chinese auto exports over the past 18 months, global competition from Chinese automakers will only intensify. So don’t be surprised if you see more and more cars on the road that started life in a Chinese factory.